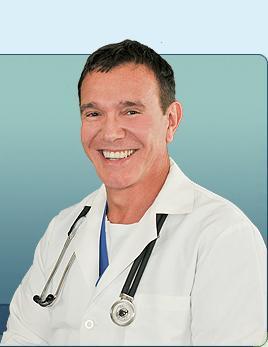 (PRWEB) March 5, 2010 -- A new study from scientists in the United States and Spain has found that a mutation in a gene causing a common hereditary form of high blood cholesterol is associated with “mild cognitive impairment” (MCI), a precursor stage of Alzheimer’s disease. Worldwide, Alzheimer’s disease is the most common form of dementia affecting elderly individuals. It is usually preceded by a period characterized mainly by memory deficits known as MCI. The study will be published in the March 2010 issue of the American Journal of Medicine (click here to read more details of the study).

Mild cognitive impairment is a diagnosis given to individuals who have cognitive impairments beyond that expected for their age and education, but that do not interfere significantly with their daily activities. It is considered to be the boundary or transitional stage between normal aging and dementia. Although MCI can present with a variety of symptoms, when memory loss is the predominant symptom it is termed "amnestic MCI" and is frequently seen as a risk factor for Alzheimer's disease. Studies suggest that these individuals tend to progress to probable Alzheimer’s disease at a rate of approximately 10% to 15% per year.

Leading the study were Dr. Miguel Pappolla and Dr. Kumar Sambamurti from the Medical University of South Carolina in Charleston and Dr. Daniel Zambon from the University of Barcelona in Spain. Their groups of scientists examined memory and other brain functions in a group of patients with familial hypercholesterolemia, a hereditary condition caused by a mutation in the low density lipoprotein receptor, a protein involved in the transport of cholesterol into cells. Patients with familial hypercholesterolemia showed a very high incidence of MCI (21 percent) when compared with age-matched individuals without the disease (2.9 percent).

For almost a decade, it has been suspected that individuals with high blood cholesterol during mid-life may carry a higher risk of developing Alzheimer’s disease. However, the evidence for this association was controversial and the mechanisms unknown. Although non-hereditary forms of Alzheimer’s disease do not show this type of mutation, the recent finding, says Pappolla, is of paramount importance as it points to a defect on the cholesterol transport systems underlying the risk of developing MCI.

For more information about this study and its findings, contact Miguel Pappolla, MD, PhD.

Here, we examined the currently available information which supports that the adipokine, leptin, is a major player in the biology and pathology of mammalian skin and its appendages. Specifically, the potent metabolic effects of leptin and its mimetics may be utilized to improve, preserve and restore skin regeneration and hair cycle progression, and may halt or even partially reverse some aspects of skin ageing. Since leptin can enhance mitochondrial activity and biogenesis, this may contribute to the wound healing-promoting and hair growth-modulatory effects of leptin. Leptin dependent intracellular signalling by the Janus kinase 2 dependent signal transducer and activator of transcription 3, adenosine monophosphate kinase, and peroxisome proliferator-activated receptor (PPAR) gamma coactivator/PPAR converges to mediate mitochondrial metabolic activation and enhanced cell proliferation which may orchestrate the potent developmental, trophic and protective effects of leptin. Since leptin and leptin mimetics have already been clinically tested, investigative dermatology is well-advised to place greater emphasis on the systematic exploration of the cutaneous dimensions and dermatological potential of this pleiotropic hormone.